In his dissertation, Finding Order in Chaos: How Bureaucracy Provides Governance Stability in Times of Political Chaos,  Adnan analyzes the role of senior bureaucrats during times of political turmoil in nascent democracies. Specifically, he argues that a senior bureaucracy that is highly specialized and professionally trained may ensure governance stability during times of political uncertainty. So, while the political and military elites jockey for power in unconsolidated polities, high-quality bureaucrats, working in an institutionally autonomous environment, maintain public service delivery and hence governance stability. Adnan uses a mixed methods approach including sophisticated network analyses of three case countries, Pakistan, Turkey, and Taiwan, to evidence his theory. He shows that even though Pakistan has experienced constant political instability, its elite civil service has maintained governance stability because it has been able to maintain a high level of bureaucratic autonomy. For many decades, Turkey’s elite civil service also succeeded in maintaining governance stability even as political instability was rising. In recent years, however, the politicization of the Turkish civil service has eroded its capacity to contain the destabilizing consequences of rising political conflicts. In the case of Taiwan, the de-politicization of what had been a party-dominated civil service and its professionalization was critical to the transition from one-party rule to democracy. The work draws on extensive field work in all three counties. 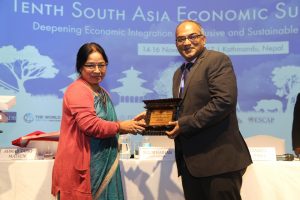 Adnan’s research, in international relations, examines regional organizations and small state diplomacy. His findings on regional organizations in south and southeast Asia reveal that when faced with competition from large scale bilateral enterprises like the Chinese-led Belt and Road initiative (BRI), regional organizations reframe their functionality to remain relevant as cultural and diplomatic alliances. His article arguing how Association of Southeast Asian Nations (ASEAN) and South Asian Association for Regional Cooperation (SAARC) are rethinking their functionality in face of the BRI is forthcoming in the Asian Journal of Political Science.

Adnan worked as a policy expert with international organizations and national governments in south and east Asia for over seven years prior to joining graduate school. During that time, he worked with United Nations, Asian Development Bank, and the USAID in addition to Governments of Pakistan and Nepal.